Heartburn, or acid indigestion, is a burning sensation mid chest that worsens when you bend over or lay down. It usually occurs after eating and at night. It is caused by reflux. Reflux occurs when the acid in your stomach backs up into your food pipe (esophagus), resulting in inflammation. It is considered a disease when you have symptoms more than 2 times a week. 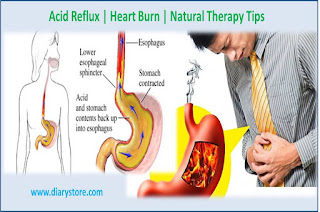 Gastroesophageal Reflux Disease (GERD) is a condition of digestion that allows stomach acid to go up the esophagus due to a weakening of the muscle at the point where the esophagus ends and your stomach begins. GERD often interferes with routine daily activities, and result in damage to your esophagus.

Symptoms include heartburn, vomiting or spitting up blood, bitter taste in your mouth, burning sensation in your chest pain, dry cough, painful throat, painful swallowing, and a hoarse voice.

Complications from GERD include scarring of the esophagus, bleeding in stomach or esophagus, and ulcer formation in the esophagus or stomach. Risk Factors for GERD include eating spicy or hot foods, alcohol, soda, caffeine, fatty foods, gassy foods (certain vegetables), pregnancy, obesity, smokers, and those with abdominal hernias.

Treatment for GERD includes the following:
Antacids help to neutralize the acids in your stomach, but will not treat the inflammation of the esophagus. Over use can cause constipation and diarrhoea.
Gaviscon
Tums
Maalox
Mylanta
Rolaids

Histamine-2 (H2) Blockers reduce production of acid in the stomach. May not be as good for treating esophagitis (inflammation that occurs in the esophagus). Histamine stimulates acid production, especially after meals, so H2 blockers are best taken 30 minutes before meals. They can also be taken at bedtime to suppress nighttime production of acid. Examples of prescription H2 blockers:
Nizatidine (Axid)
Famotidine (Pepcid)
Cimetidine (Tagamet)
Ranitidine (Zantac)

These drugs are useful at relieving heartburn, but may not be as good for treating esophagitis (inflammation that occurs in the esophagus). Side effects can include headache, abdominal pain, diarrhea, nausea, gas, sore throat, runny nose, and dizziness.

Many doctors do not believe that one drug is more effective than the others in treating GERD. These medications are also good for protecting the esophagus from acid so that esophageal inflammation can heal. Side effects can include headache, diarrhea, abdominal pain, bloating, constipation, nausea, and gas. 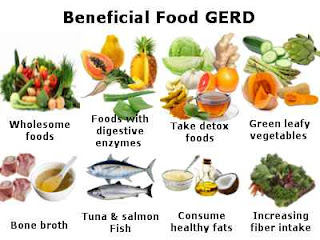 Avoid eating foods and drinks that trigger heartburn. fatty or fried foods, tomato sauce, alcohol, chocolate, mint, garlic, onion, citrus fruits (pineapple, strawberries), vinegar, foods that can cause gas (peppers, cabbage,) and caffeine may make heartburn worse. Do not overeat. Try eating smaller frequent meals. Do not lie down after a meal, and wait for 2- 3 hours after eating before lying down or bending over. Elevate the head of your bed. Do not smoke. Avoid medications that can irritate your stomach, like NSAID's (Aspirin, Aleve, Ibuprofen. Weight loss may help to reduce abdominal pressure pushing acid into the esophagus. Avoid wearing tight clothes

Seek medical attention if symptoms occur for more than 2 times a week, and over the counter medications do not help, if you have difficulty swallowing, nausea, vomiting, or weight loss.

A small portion of the reserve is open for tourism which is divided into many zones. This is where the safari jeeps ply ferrying eager tourists keen on sighting the tiger and other animals. These safaris are organized and a permit is required for excursions. Mainly open jeeps and canters are allowed to e…
Post a Comment
Read more

Essential Beauty Products Every Woman Should Have

August 04, 2019
If you visit the best beauty and cosmetic stores, you will find a ton of beauty products and cosmetics at your disposal. Therefore, it is a given that you will get confused and not be able to decide the products that deserve your hard-earned cash. However, you can take the guesswork out of shopping for beauty products and cosmetics by stocking up on the essentials. But, what are they? Listed below are the must-have beauty items for every woman:
Essential 1: Blush
The instant boost that your face needs is a blush. Whether it is raspberry, rose, fuchsia or apricot or you opt to get liquid, cream, gel or powder, you should have a blush in your beauty arsenal. Nothing can liven up your face faster than adding a pop of colour to the apple of your cheeks with a blush.
Essential 2: Concealer
If you are someone who is plagued by blemishes, dark circles, pimples or redness on a regular basis, you have to have a concealer. With this beauty product, you can become a pro at concealing any imperfec…
Post a Comment
Read more