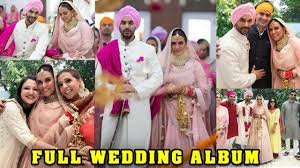 Finally, One more girl from B-town got married on May 10. Neha Dhupia's and Angad Bedi's marriage came as a big surprise for Bollywood as they secretly tied the knot first and announced it later. Neha got married to Angad Bedi in the capital and the duo had a traditional Sikh wedding. 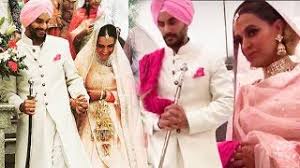 While everyone was occupied with following what was occurring at the Kapoor Mansion (Sonam Kapoor wedding), no one knew that Neha and Angad Bedi's wedding was in progress at a Delhi gurudwara. Neha Dhupia broke the news of her wedding by means of Twitter and fans were in for an immense shock. Karan Johar was among the primary big names to salute the recently married couple. 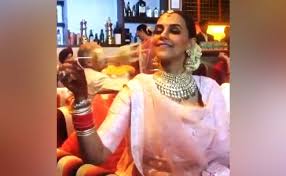 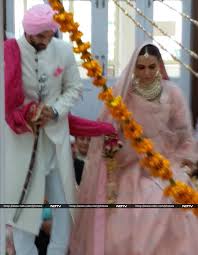 Angad Bedi took to his Instagram and wrote, “Best friend.. now Wife!!! Well hello there Mrs. BEDI!!! @nehadhupia” The newly-weds then released a joint statement which said, “Marrying your best friend is one of the greatest feelings in the world, and we are extremely fortunate to have found love in each other.” 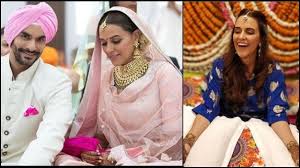 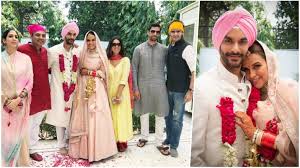 While Neha Dhupia and Angad Bedi’s wedding was a surprise for all their fans, it came out that even their friends from the Bollywood fraternity were unaware of the wedding. Bollywood celebs expressed their surprise reaction on social media and congratulated the couple. Acknowledging all the wishes and congratulatory messages, Neha and Angad took to their social media to thank everyone.