Habits to Be Changed in Order to Prevent Cancer

Every one of us dreads cancer so much so that its development means the end of life for the individual. By the way, the incidence of cancer is on the rise the world over because as the life expectancy gets better, cancer rates go up and so will cancer fatalities.

Statistically, the incidence of cancer and cancer deaths is more in developing countries because of their growing populations, living longer and becoming increasingly susceptible to cancers associated with industrialized lifestyles. In addition, the developing countries have the least resources to deal with the problem.

WHO predicts that cancer cases are expected to surge 57% worldwide in the next 20 years, an imminent "human disaster" that will require a renewed focus on its prevention.

But the good news is that cancers are preventable and can be avoided if current medical knowledge is acted upon. The disease can be tackled by addressing lifestyle factors, such as smoking, alcohol consumption, diet and exercise. They can also be prevented by adopting screening programs and through vaccines in the case of infection-triggered cancers such as cervical and liver cancers.

Lifestyle habits to be changed to prevent cancer -

There are certain lifestyle habits that need to be kicked in order to prevent cancer:

Obesity - Extra fat tissue produces excess amounts of estrogen and other hormones that may stimulate cell growth and proliferation, thereby increasing chances of developing cancer. Obesity may also cause chronic inflammation, which over time can damage DNA causing cancer. Obesity is associated with an increased risk of colon, breast in postmenopausal women, and endometrial cancer, among several others. 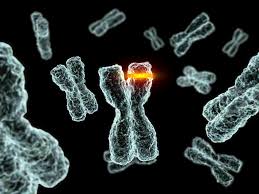 Exposure to sunlight - Excessive exposure to sun may lead to skin cancer. Using sunscreen can help prevent skin cancer but it should be of a right kind, broad-spectrum, SPF 30 or higher and water resistant.

Age - One-quarter of new cancer cases are diagnosed in people between age 65 and 74, according to the National Cancer Institute. Though this is a non-modifiable factor, strong evidence shows that a diet filled with a variety of plant foods such as vegetables, fruits, whole grains, and beans helps lower risk for many cancers. 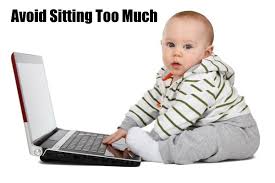 Inability to say no to another drink - If people exceed the recommended daily limit of intake of alcohol of two drinks for men and one drink for women, they have a higher risk of developing certain cancers, specifically that of the head and neck, esophagus, liver and breast.

Grilling or frying meats at a higher temperature - This leads to the production of HCAs (heterocyclic amines) and PAHs (polycyclic aromatic hydrocarbons), chemicals that have been shown to cause changes in DNA that may increase cancer risk. 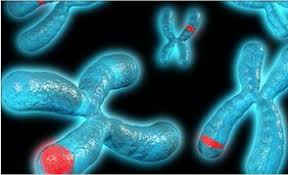 Heredity - Cancer is a genetic disease as it is caused by certain changes to genes that control the way our cells function, especially how they grow and divide. Genetic changes that promote cancer can be inherited from our parents if the changes are present in germ cells, which are the reproductive cells of the body (eggs and sperm). Even if a cancer-predisposing change is present in a family, not everyone who inherits them will necessarily develop cancer.

Not exercising enough - A large number of research studies internationally have shown that regular exercise, as long as it increases one's heart rate, can help prevent cancer or lower the risk of it returning. A good goal is to exercise at least 30 minutes a day on most days of the week. Moderate-intensity activities such as brisk walking may be sufficient, although there is more benefit with increased intensity. Further, an addition of some strength training least three days a week will deliver more dividends.

If someone finds out that one has developed cancer, it will scare the hell out of him or her, shaking the individual badly for life. Unfortunately, the incidence of different cancers is rising worldwide. In view of the present trend, one will have to kick lifestyle habits that predispose one to the development of cancer.

August 20, 2019
Heartburn, or acid indigestion, is a burning sensation mid chest that worsens when you bend over or lay down. It usually occurs after eating and at night. It is caused by reflux. Reflux occurs when the acid in your stomach backs up into your food pipe (esophagus), resulting in inflammation. It is considered a disease when you have symptoms more than 2 times a week.
Gastroesophageal Reflux Disease (GERD) is a condition of digestion that allows stomach acid to go up the esophagus due to a weakening of the muscle at the point where the esophagus ends and your stomach begins. GERD often interferes with routine daily activities, and result in damage to your esophagus.
Symptoms include heartburn, vomiting or spitting up blood, bitter taste in your mouth, burning sensation in your chest pain, dry cough, painful throat, painful swallowing, and a hoarse voice.
Complications from GERD include scarring of the esophagus, bleeding in stomach or esophagus, and ulcer formation in the esophagus o…
Post a Comment
Read more

A small portion of the reserve is open for tourism which is divided into many zones. This is where the safari jeeps ply ferrying eager tourists keen on sighting the tiger and other animals. These safaris are organized and a permit is required for excursions. Mainly open jeeps and canters are allowed to e…
Post a Comment
Read more

Essential Beauty Products Every Woman Should Have

August 04, 2019
If you visit the best beauty and cosmetic stores, you will find a ton of beauty products and cosmetics at your disposal. Therefore, it is a given that you will get confused and not be able to decide the products that deserve your hard-earned cash. However, you can take the guesswork out of shopping for beauty products and cosmetics by stocking up on the essentials. But, what are they? Listed below are the must-have beauty items for every woman:
Essential 1: Blush
The instant boost that your face needs is a blush. Whether it is raspberry, rose, fuchsia or apricot or you opt to get liquid, cream, gel or powder, you should have a blush in your beauty arsenal. Nothing can liven up your face faster than adding a pop of colour to the apple of your cheeks with a blush.
Essential 2: Concealer
If you are someone who is plagued by blemishes, dark circles, pimples or redness on a regular basis, you have to have a concealer. With this beauty product, you can become a pro at concealing any imperfec…
Post a Comment
Read more